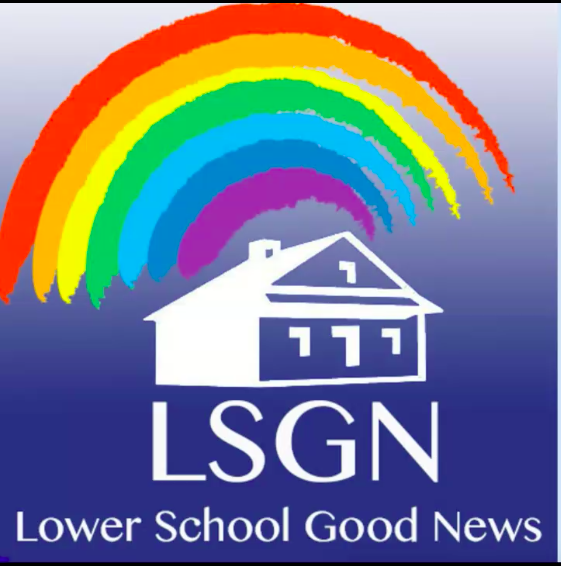 As everyone is preparing for the holidays and hopefully being careful, we should reflect on what special programs and events made kept the WFS community spirit alive. The Pandemic made the Friends pivot from having easy in-person gatherings to having to engage the kids in a different way. Something that brought great joy and mirth was the Lower School Good News. It is a comprehensive, enjoyable broadcast that aired every week or so starting on April 13th and is still going strong today. Created by Julie Rodowsky, the Head of the Lower School, and initially run by Chris Loeffler, the Vice Principal of the Lower School the show was a huge success for the community.

The show was started after Julie Rodowsky, the Head of the Lower School, wanted to recreate Gathering in a virtual setting because it was so dear to the school’s community. “The inspiration for the LSGN came from a desire to capture some of the things we loved about Gathering: a sense of community, a feeling of fun, student voice, creativity,” She said. Teacher Chris also drew inspiration from John Krazinsky’s now-famous Good News Show. Weekly Gathering is a time for the community to gather, sing songs, and hear news about the lower school. About 2 weeks after spring break the kids still had to sit through Monday gathering, new and improved! Virtually! Each segment starts with a quotation by a famous person and includes segments such as birthday readings, highlights of virtual learning, some cool group projects, a short book, one-minute jokes, and the word of the week among others.

As soon as the school published the first episode, the community was bustling with people wanting to contribute to the effort. “I certainly didn’t expect that families and other community members would be as engaged as lower school students and teachers, but I think it answered a need in people to feel connected to each other and the larger Friends community during an unusual and stressful time,” Rodowsky said. Starting the second episode, most or all of the segments are run completely by 4th or 5th graders. The role of the clerks and the team running the show change every week among them.

The episodes are still running today after a break for the summer Pre-Pandemic, the whole lower school, Pre-K to 5th grade, would gather in the meeting room. Since everyone was packed in, even now, they cannot run the in-person gathering. With this change, the Fifth Graders are back. “I’m excited to let you know that the Good News has continued this year. The best part is that our fifth graders have taken over. They are getting a little help from their teachers, but the students are writing, directing, producing and editing the episodes,” Says Teacher Chris. the assistant principal of the Lower School.

A really funny and educational segment of the broadcast is the Garden Report. It was a little cute one minute section that starred Cooper Miller ‘28. He joyously dances around his garden showing off his plants and new garden facts. The best part was that he did it in song. The other best part was at the end of each one, he did a hilarious dance break. Being happy enough during the lockdown to do a dance break in front of the entire lower school (which is around 250 kids) is a big feat. “It started as a pastime and more or less a joke, until I realized by the third episode that little kids had already learned the chorus by heart. So I kept going and growing until fall came, as well as season 2, with more new plants, chants, and rants.” He said.

This fun and uplifting broadcast, created in the heart of the pandemic when everyone was stressed and worried about the future, helped a lot of people feel happier and even enjoy school. “At a time when we were all confused, anxious, stressed, it became a weekly moment where we could all relax. To see families watching it together every Tuesday morning was a highlight at a time when there weren’t a lot of highlights,” says Loeffler.

Here you can find the other videos from the spring.