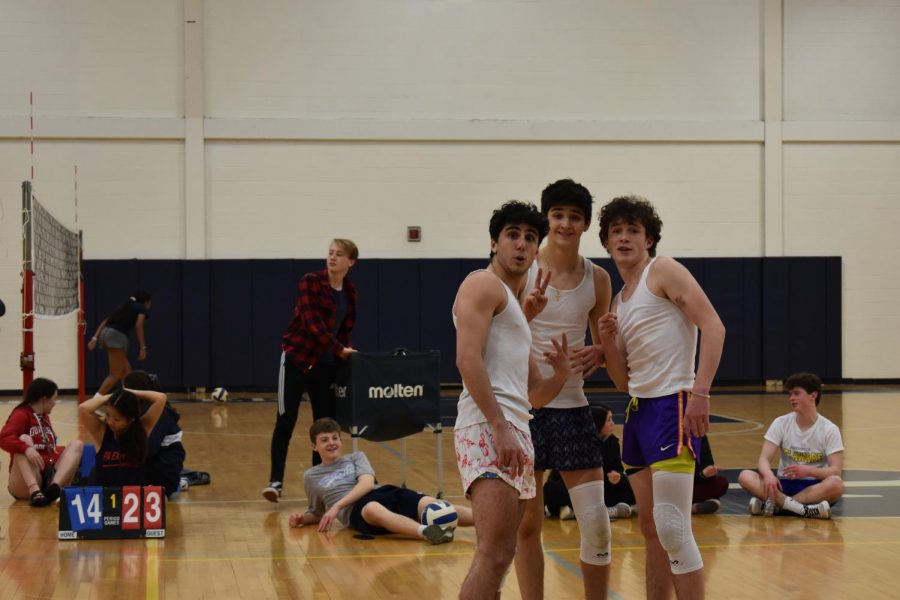 On Friday, March 6th, a group of students who went on this summer’s South Africa service trip hosted a fundraiser sports night. According to Ariel Shweiki ’20, one of the major drivers of this fundraiser, their goal was “To raise money for the orphanages we volunteered at while on the service trip to South Africa. On our trip, we learned that the orphanages were receiving eviction threats from their landlord because they were very behind in their rent. I wanted to help out, so the primary focus of this fundraiser was to raise money to send to the orphanages so they could pay their rent, and continue to give the children there a better life.” Ultimately, the fundraiser ended up raising $930, though Ariel pointed out that the money has more buying power in South Africa, as one South African Rand is equivalent to 0.055 of the United States dollar; therefore, this contribution is nothing to scoff at.

The trip that inspired this event was, in fact, the first one Wilmington Friends School ever led to South Africa. Global Peace and Justice teacher, Betsy Renzo, expressed why she wanted to run a South African service trip: “As we study Mandela and NVDA, South Africa is one of the only places in the world with an NVDA campaign that was so recent. Because of that, students got to meet actual political prisoners and people fighting in that NVDA campaign. We also study race in the peace class, and there are many parallels in South Africa. I wanted to see if their process of truth and reconciliation had led them to a different place with race than we are in here in the U.S.; lastly, I wanted to do service for South Africans, as their unemployment rate is over seven times what ours is here. There were so many connections to the Peace and Justice course, as well as to our mission as a Quaker school that I wanted students to explore, and I think we did that.” Students spent their two weeks in the country immersing themselves in the culture, learning its racial origins and its realities of poverty, and doing service. The first destination was Cape Town, where students were introduced to the country with the backdrop of the imposing Table Mountain. Next, the group moved on to Pretoria, where they came face to face with South African poverty in visiting a township – a makeshift shantytown built by black South Africans during Apartheid. Their work continued in the same vein when they split into two groups to work for three days at two different orphanages, which were the recipients of the money they raised in the tournament.

The sports night following the afore-described trip consisted of two competitions: a 3v3 basketball tournament and a 3v3 volleyball tournament. The teams were coed and faculty were welcome to participate alongside students. 105 participants ended up competing. The victors of the basketball tournament were a powerhouse senior team consisting of Denzel Dixon ’20, Nick Redd ’20, and Craig Lyttleton ’20. The faculty team consisting of coaches Mike McKenzie,  Jess Franklin, and Chris Loeffler were forced to accept a runner-up result. In the volleyball competition, Patrick McKenzie ’21, Kayla Farley ’21, and Alex Saville ’21 ‘took the cake,’ while CJ Wise ’21, Mark McMillian ’20, and Mariah Aldridge ’21 finished second.

As well as raising significant funds for a good cause, this event was an enjoyable time for fun and community bondings, drawing “friends and family [who] filled the gyms during the tournament to show their support for the cause,” according to Ariel Shweiki ’20. The sports night seemed to be a success that can provide a strong example of the fundraising potential within the Friends community. Betsy Cepparulo expressed this sentiment as well as her desire that the sports night continue: “I am so excited that we had over 100 people come out to play basketball and volleyball, and that people were so willing to donate. It’s definitely something that should happen annually.” Overall, the South Africa Sports Night at WFS was an engaging success with a heartfelt motivation behind it.