The Grim Truth Behind the Entertainment Industry 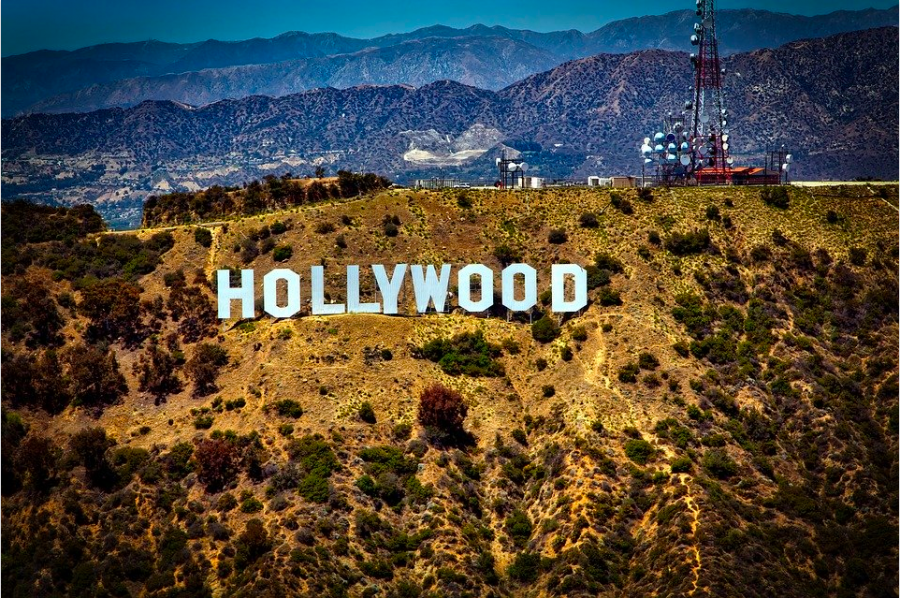 At every turn, the Hollywood industry seems to be showing a far uglier side of itself than the Hollywood sign overlooking a beautiful view of LA. But how corrupt or controlling is the industry? And who, in particular, is it controlling? The answer: mainstream musical artists, primarily women. From Demi Lovato to Kesha to Taylor Swift, producers and managers have made it very clear that they value money over the musician.

Demi Lovato is one singer who’s been particularly victim to Hollywood’s whims. Her career began in 2002 and has been a rollercoaster for her since, with great heights, and plummeting falls. Throughout her career, Demi Lovato has suffered from an eating disorder, as well as alcoholism and drug addiction. During an interview on Ellen she said she hates to use the word “controlling”, but it’s exactly what her management team was doing. She says they would do everything from simply taking her food, to taking her phone so she couldn’t place orders and monitoring her bank statements to see that she wasn’t sneaking anything. Ellen even revealed that they used to take sugary foods out of her dressing room, something Lovato wasn’t even aware of. Lovato also said they used to not allow her to even eat fruits, the only time she was allowed to was on her birthday in which a watermelon would be cut into the shape of a birthday cake and “frosted” with fat-free whipped cream.

Ke$ha experienced a similar side of the controlling nature of the Hollywood industry. She maintains that not only were some lyrics of her songs prewritten with lines she didn’t agree with or support, but that was even before the lawsuit. She then filed a lawsuit for, “sexual assault, sexual harassment, gender violence, civil harassment, violation of unfair business laws, infliction of emotional distress (both intentional and negligent) and negligent retention and supervision” against Dr. Luke, her executive producer, according to Rolling Stone. Four years after all these charges were dismissed and dropped Ke$ha finally released her single, “Praying” which became a symbol of the #MeToo movement, as one of Ke$ha’s allegations was that she was raped.

Taylor Swift is another victim of this controlling industry. She has had an infamous clash with Big Machine Label Group when they’d begun controlling which songs she’s allowed to perform publicly, according to NPR. Her spokesperson issued a statement that said, “Big Machine Label Group flatly denied the request for both American Music Awards and Netflix. [For her to perform at or include songs in a documentary for]  An independent, professional auditor has determined that Big Machine owes Taylor $7.9 million dollars of unpaid royalties over several years.” So not only have they been holding her music hostage, but they also owe her millions of dollars.

These are just three examples of Hollywood’s not-so-pretty side, all of whom are only singers, meaning this doesn’t even touch on the actors and actresses that may suffer as well. But these all show incidents in which the industry has become too corrupt and money-focused, rather than caring for the musicians and furthering their careers.

And how do the students of Wilmington Friends feel about this? Well, it varies. An anonymous WFS student said, “I don’t think it’s Hollywood itself that causes this damage. I think it’s the system that’s been built within the entertainment and music industries that allow millionaires to take advantage of young hopefuls. […] So much “scandal” goes down in these industries, but it’s genuine corruption and systematic exploitation painted in bright colors as gossip for the front page of a grocery store magazine.” They continued on to give examples of how, no matter the specifics of an artist, they will always be criticized for some certain part about them. Lizzo is a prime example of someone who “took the industry by storm” but since has been the target of criticism, despite very self-positivity based music. This student brought up the point of how Hollywood is corrupt and controlling because society has molded it to be so critical and so strict. In which they put it, “The whole industry’s issue is blatant, baring misogyny and an unwillingness to change from these same practices.” Another student, Caroline Vanderloo, said on it, “It’s detrimental to the career of the actors, performers, etc.” She then brought up the interesting point that “It’s probably a factor in why the career span of those professions is very short.” Izzy Miller, a freshman admitted she doesn’t really know what that means, and said “I don’t really know much about pop culture” Which seemed to be a common string throughout some of the students. Either they knew a lot and were passionate about it, or didn’t really know, nor care.

In conclusion, though some people may not know or be aware of this situation it’s still very clearly important. Actors, actresses, and singers have been affected by this in a variety of negative ways and reading about some of the things that have happened to these performers it’s clear that something about the Hollywood industry needs to be fixed.