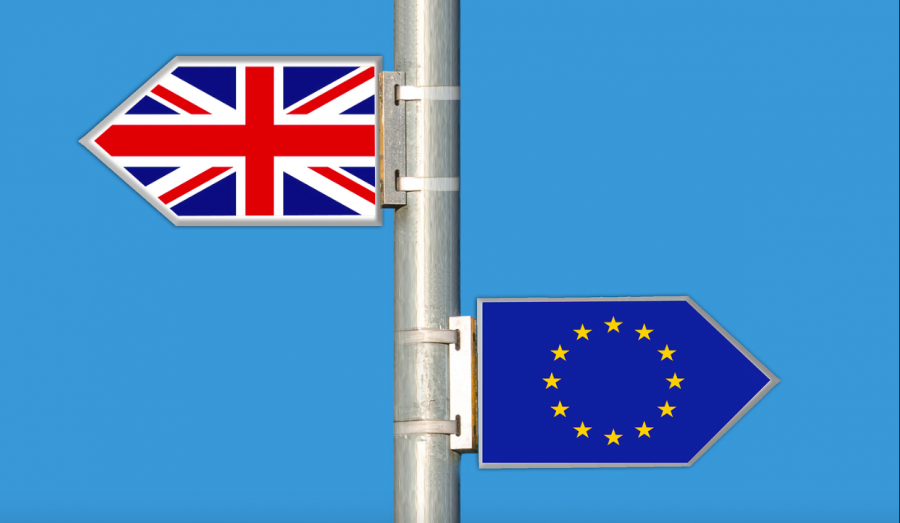 If someone turns on any news channel or read the news, they probably have been hearing Brexit and other names being said. Even though it is taking place an ocean away, everyone has different opinions and viewpoints on it. There is a lot of new information that happens constantly, and the news is covering it every day.

Brexit is a term for the British exit from the European Union. The goal for Brexit is for the United Kingdom to officially leave the European Union by January 31, 2020. There have been constant pushbacks of the deadlines, and there is a lot of things that need to be done before formally leaving. Most people know what Brexit is to a certain level, but they don’t know all of the details or have many opinions. When asked, Yael Baaith-Ducharme ‘23 responded with, “I do know what Brexit is I don’t really have a big opinion on it because it isn’t a big part of the U.S.”

The European Union, or EU, is a political and economic union of 28 of the European countries. The UK has been officially in the process of leaving the UK since June 2016. Since joining the EU in 1973, the UK will be the first country to leave the EU if Brexit is successful. A public referendum was taken on June 23, 2016, and according to the BBC, 52% of voters wanted to leave the EU while 48% wanted to stay. People in Scotland want to remain the most, with a vote of 62% while people in England want to leave with a vote of 53%.

As it stands right now, the deadline for Brexit is January 31, 2020. The government is divided on whether they want to go through with leaving. The process is taking longer than anticipated. When Betsy Renzo, a 9th-grade teacher here at WFS was asked if the Brexit process needs to be faster, she responded with, “I think it’s going slowly because it’s not a good idea. They thought that it was good in theory, but now that they’re hammering out the details, they realize it’s going to be hard to satisfy everyone’s needs.”

There are many opinions that come with Brexit. All though more people within the UK voted to leave the EU, there are people who aren’t from the UK think leaving is a bad idea. When asked if Brexit was a good idea, Betsy responded with, “I believe so.” Yael’s response to the same question was, “I do think that it would not be good for the U.K because the EU is stronger together. When they’re apart, then they aren’t as powerful.” If the UK leaves, then the economy could rise or decrease. The GDP of the EU was $18.8 trillion in 2018. According to the BBC, the GDP of the UK is at a record of £12.8 trillion. The result of the referendum showed that UK inflation raised to a cost of £404 for an average household in the UK. The longterm effects of the economy after Brexit showed that the average UK household’s per capita income went down by 1-10%. Companies also made changes after the referendum. Businesses, corporations, and offices that were in the UK moved to mainland Europe. A report of US $130 billion was transferred out of Britain with 239 company moves being related to Brexit.

In May of 2019, Theresa May shocked millions by announcing that she was resigning as Prime Minister of the UK. Her successor is Boris Johnson, who took her place in July 2019. Before Johnson was Prime Minister, he was the Foreign Secretary of the UK, but he resigned from that position in July of 2018. Currently, Johnson is meeting with different politicians of the UK and trying to meet and figure out deadlines. When elected, people thought that he would be like May, or much worse than her. According to an article by The Guardian, Boris Johnson “is the last person young Britians would vote for”.

As said before, new information about Brexit is happening constantly. There is news covering information daily. Major dates and deadlines can determine whether Brexit will still take place. In late June of 2016, a referendum was held, and the result was to have the UK leave the EU. On December 7, 2016, the UK House Of Commons voted in favor to have former Prime Minister Theresa May to trigger Article 50 by the end of March 2017. On March 29, 2017, Theresa May received a letter from the President of the European Council. The letter said to invoke Article 50, which started a two-year process with the UK to officially leave the EU on March 29, 2019. On May 24, 2019, Theresa May resigned as the Conservative Party leader because of not having her Brexit plans passing the UK parliament. On August 28, 2019, current Prime Minister Boris Johnson announced that the Article 50 deadline is October 31, 2019. Currently, the Article 50 deadline for Brexit to happen is January 31, 2019. Even though Brexit is constantly changing every day with new deals, proposals, or deadlines being pushed back, Brexit is still scheduled to formally depart at the end of January in 2020. Students and faculty remain devoted to the topic, and continually update themselves on news regarding it. In the end, we don’t know how the economy of both the UK and the EU will change, or how citizens will react. For now, all people can do is wait.